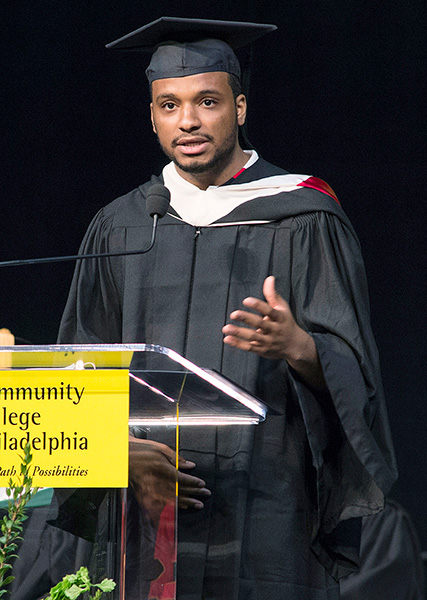 Hazim Hardeman grew up near 23rd and Diamond streets, flourished in community college, and in 2018, was awarded a Rhodes Scholarship—one of the world's most prestigious—which will allow him to continue his studies at the University of Oxford.

A Community College of Philadelphia alumnus, Hardeman had a powerful message for America as the College's 2018 commencement speaker:

"I want to suggest that I'm no different than anybody else that comes from where I've come from and that, if I have done things that are extraordinary, it is not because I'm inherently special, but rather, is a product of the opportunity I've been given," Hardeman said.

Hardeman's highly publicized academic journey speaks to the noble mission of community college: provide every resident with affordable access to higher education. Students can find a path to renowned universities and/or to secure jobs with family-sustaining wages.

Moreover, Hardeman's success marks the second time in three years that an alumnus has won a prominent scholarship to Oxford. 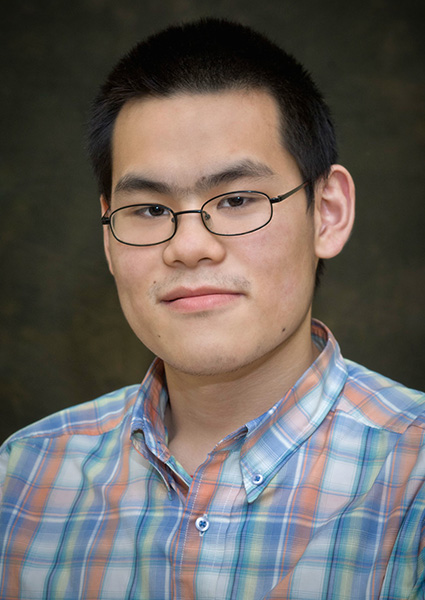 In 2015, the Jack Kent Cooke Foundation named alumnus Larry Liu its first-ever Oxford scholar. Liu, who earned a Liberal Arts – Honors degree from the College and a Bachelor of Arts in Sociology and Economic Policy from the University of Pennsylvania, was awarded his master's degree at Oxford. He is now working on his Ph.D. at Princeton University.

In a recent 10-year period, 564 of our first-time students went on to enroll at an Ivy League institution.

We offer a full complement of services and program initiatives that support life skills development, skill set enhancement, and attainment in the classroom. Diverse learners may enter with different needs, yet all grow in confidence to become problem solvers and lifelong learners.

Philadelphia residents who receive Temporary Assistance for Needy Families (TANF) and Supplemental Nutritional Assistance Program (SNAP) may qualify for Keystone Education Yields Success (KEYS), where students meet regularly with program staff who help them navigate college life and meet academic expectations. Sometimes the support comes in the form of a well-timed hug. But, there also are vouchers for transportation and child care, counseling on careers and course selection, and classes on child care, study habits, time management and financial literacy.

Kendra Johnson, who graduated this summer with an associate degree in Behavioral Health and Human Services, found those things and more through KEYS.

"The KEYS staff saw something in me," said Johnson, who is headed to La Salle University in pursuit of bachelor's and master's degrees in social work. "I believe I'm smart. I felt it, but I didn't believe it. But now I have faith in it. If I meet a challenge, I know I'm up for it." 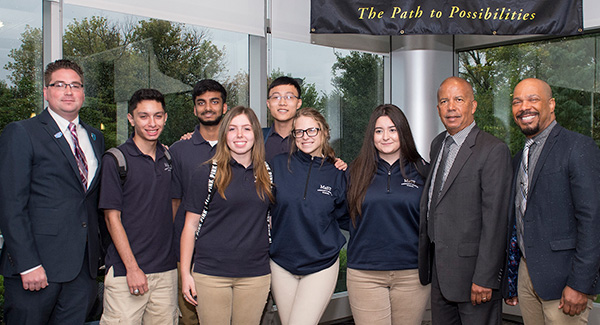 Dynamic partnerships strengthen learning opportunities for students and expose them to the complexities and richness of the world around them. They help students to become critical thinkers and innovative creators, ready to identify solutions for local and global problems.

Six high school seniors were members of our 2018 graduating class. In an unusual twist, they received their first college degrees before officially earning their high school diplomas a month later. They took classes as part of the dual enrollment program, which extends the opportunity for high school students to begin college classes and reduce the cost of a degree.

"I'm more prepared for college," said Sabrina Fiocca, 18, one of the six seniors from Mathematics, Science and Technology (MaST) Community Charter School in Northeast Philadelphia. Fiocca plans to major in Biology at Temple University. She and her classmates divided the day between high school classes, online classes and college-level courses at the College's Northeast Regional Center.

Overall, collaborations and partnerships with the School District of Philadelphia have resulted in 1,433 high school students participating in any one of our several early college or dual enrollment programs.

In its inaugural year, 121 ninth graders from the Parkway Center City Middle College began on-campus classes, with every one of them completing the year successfully. By the time they graduate high school, they will have had the opportunity to earn an associate degree or college certificate.

This program is the first in the commonwealth using an early college model. 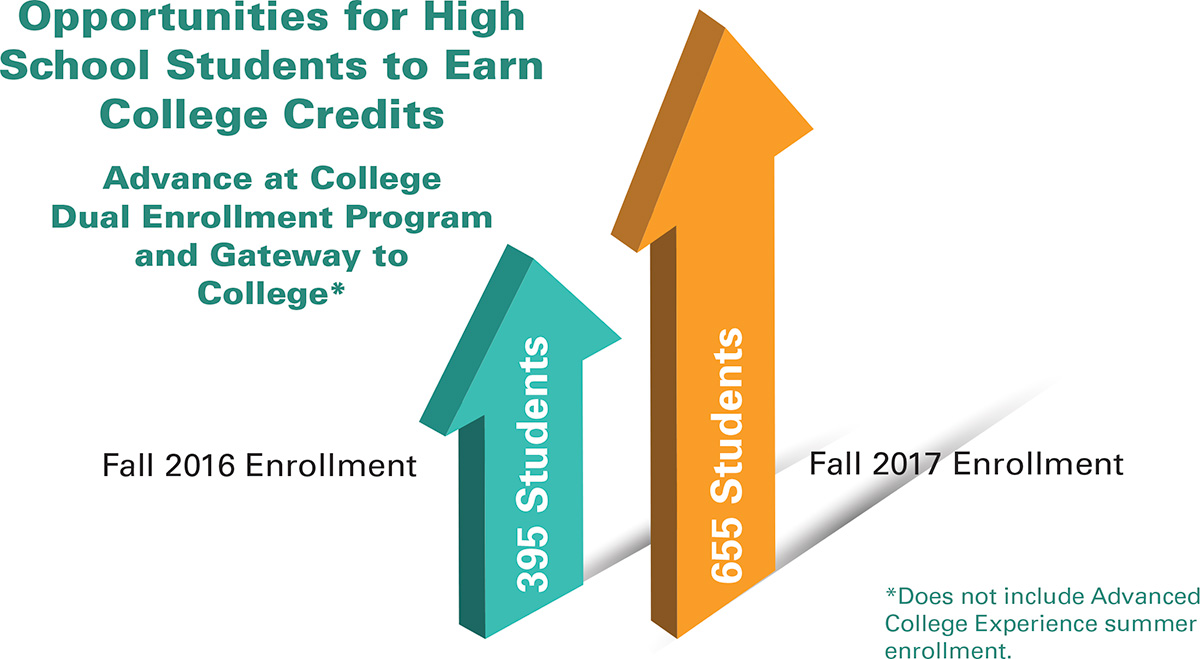 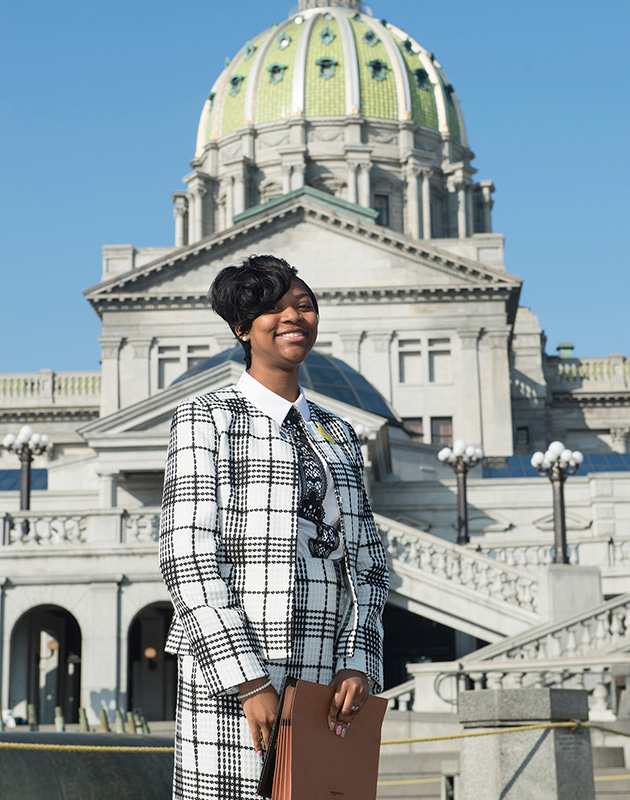 Shania Bennett, 18, who graduated from high school in June, was accepted to 19 colleges and will attend Pennsylvania State University in the fall with more than 50 credits earned from the College. Her goal is to become a lawyer by age 22. Bennett’s brother Juwan also took classes at the College while in high school, and later became one of Temple University’s youngest Ph.D. candidates in its Criminal Justice program.

“Before attending the College, I had no idea I wanted to be an attorney or major in Criminal Justice and Political Science,” she said. “But I met a professor who totally grabbed my interest, and from that day I knew that would be the major and the career I would pursue.”

Shania, who honed her political skills traveling to Harrisburg to lobby for funding for the College, was elected ward treasurer. In May, she won a committee person’s seat in the 48th Ward’s 12th District in South Philadelphia. Her election is part of a citywide drive to bring new voices and fresh effort into a city pressed hard by poverty. 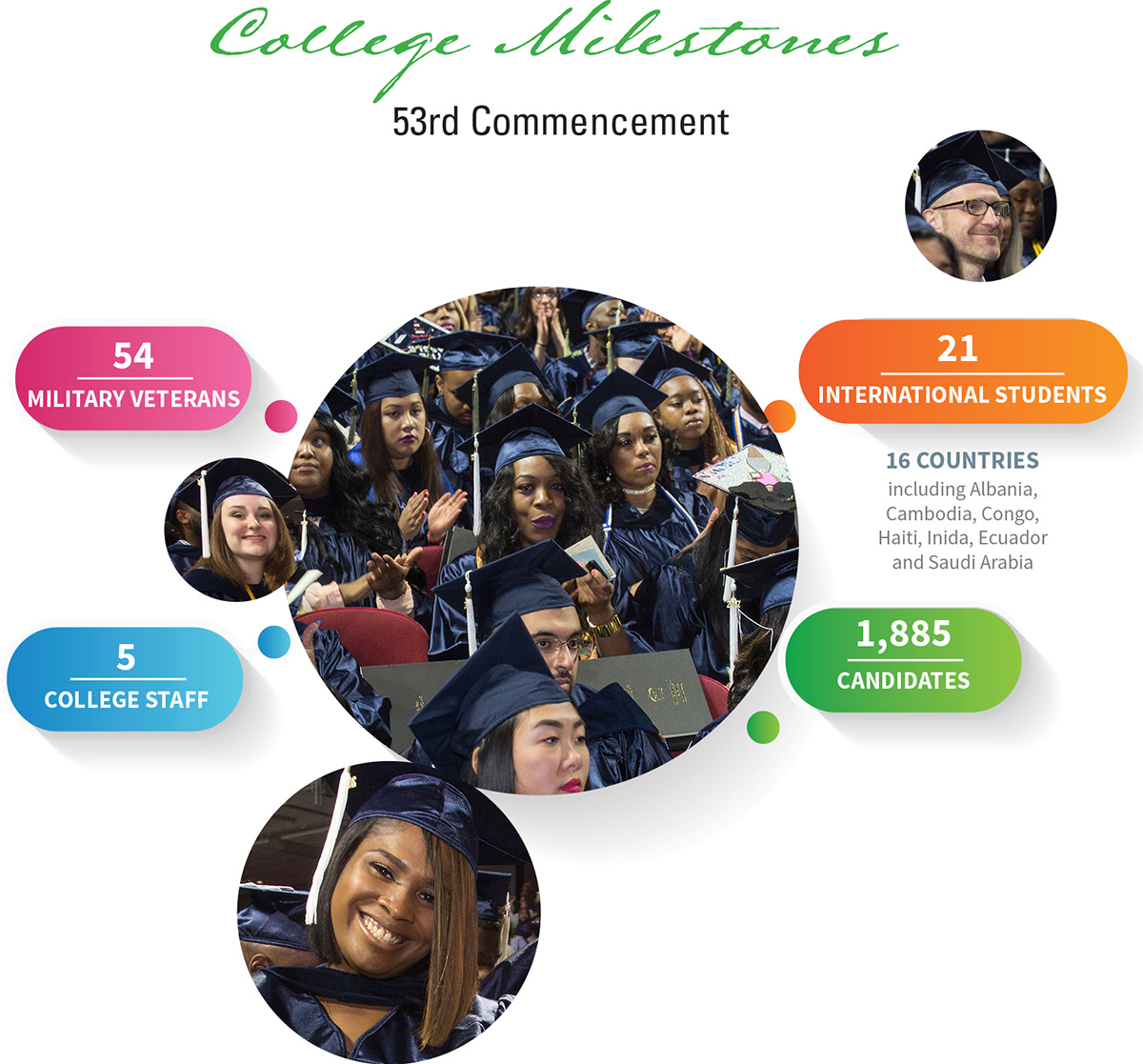 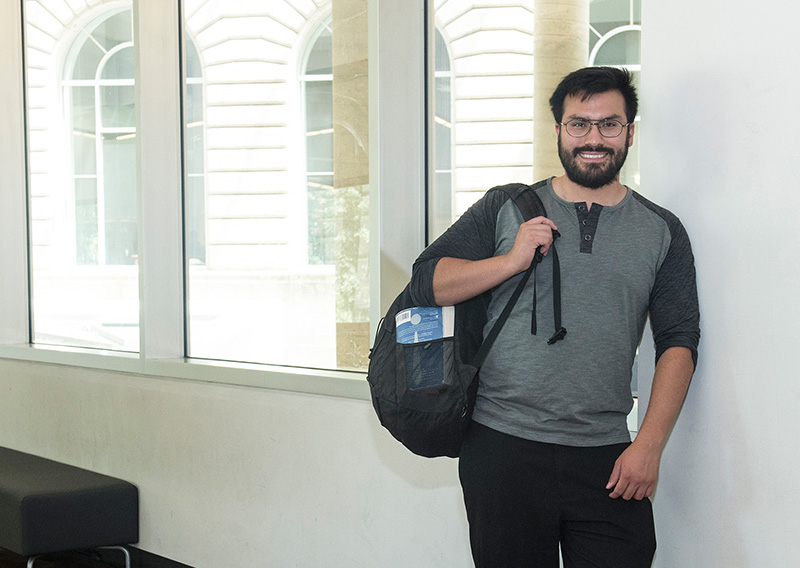 As one of only five community colleges in partnership with Bucknell University, the College sent six students to Bucknell this summer as part of the select Bucknell Community College Scholars Program. This academically rigorous six-week program introduces high achieving, low-income students to Bucknell, one of the nation’s top ranked universities.

Since 2007, Community College of Philadelphia has sent 73 students to Bucknell’s summer program. Upon completion of the program, scholars return to complete their associate degrees and are invited to apply for transfer to Bucknell. If admitted, each scholar receives full tuition for two years, an opportunity worth at least $110,000.

For the students, the opportunity is invaluable, but the benefit goes both ways.

“It’s transformative to Bucknell,” said Caro Mercado, associate dean of Admissions and director of Partnerships at Bucknell. The university’s typical students are primarily white and young, coming directly from high school, in contrast to the students from the College. “The diverse cultural differences, age differences, lived experiences—our cohorts have such rich diversity, and Bucknell loves that.”

Three recent summer program graduates are enrolling at Bucknell as scholars in September, among them Julio Mauricio Ramirez Chaparro, 24, who received his associate degree in Business Administration from the College in May.

“This is my American Dream,” said Ramirez Chaparro, who, someday, sees himself teaching economics to university students. First, he hopes to complete a degree in politics, finance or economics from Bucknell, and work in politics. “This opportunity was the opportunity I was waiting for—to change everything for me, my family and my community.” 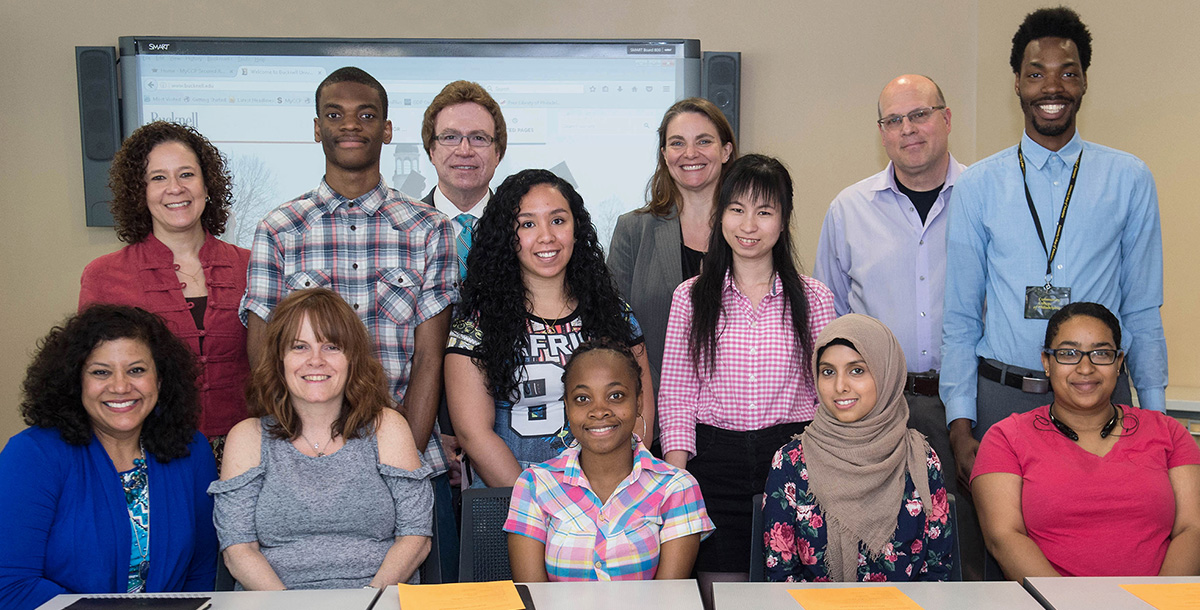 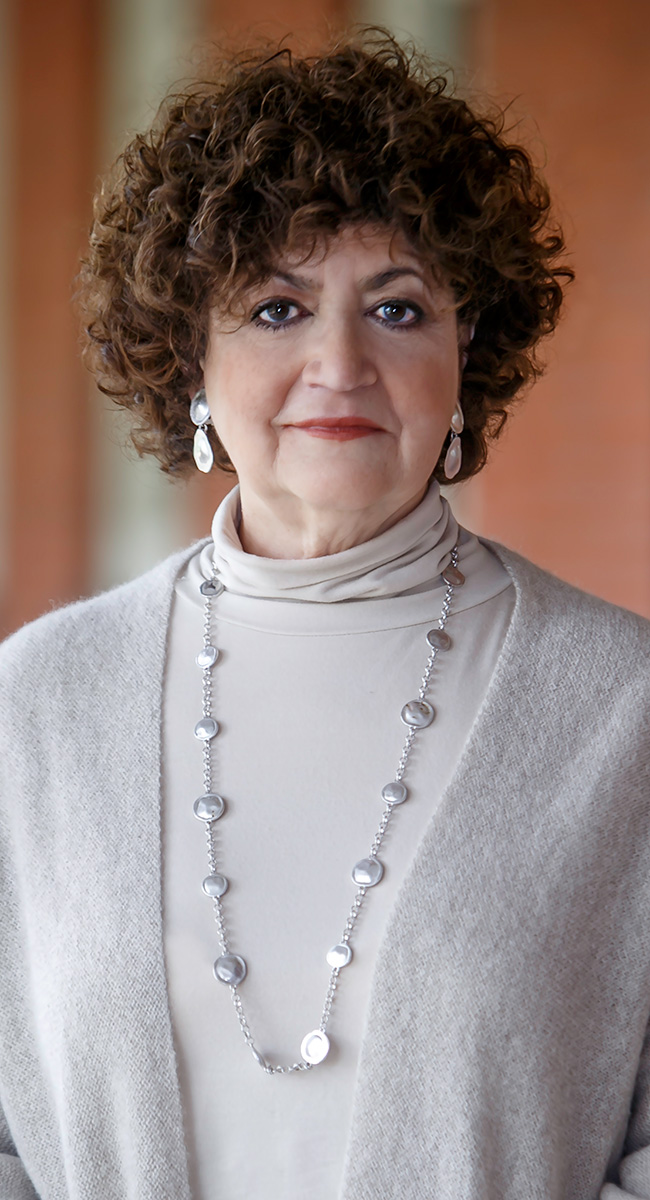 RoseAnn B. Rosenthal is changing the economic landscape of Philadelphia through her leadership at Ben Franklin Technology Partners of Southeastern Pennsylvania, where she has served as president and chief executive since 1996.

For more than 35 years, Ben Franklin Technology Partners has been the leading seed stage capital provider for the region’s technology sectors, investing over $200 million in more than 2,000 regional technology companies, creating careers for more than 31,000 people.

Rosenthal’s career path started at the College. “Community college came into my life at a very important time,” she said. “Going to a [four-year] college was not an option for me in terms of financial capacity.” The College had just opened and Rosenthal enrolled in a program to train executive secretaries, taking “very practical courses, because I had to earn a living.”

A proud member of the Class of 1969, the College’s second graduating class, Rosenthal transferred to Temple University, where she received her bachelor’s degree. “It was the Community College that gave me that first start,” she said.

Rosenthal was honored with the Alumni Achievement Award at the College’s 2018 Black and Gold Gala, which raised more than $230,000 for the College’s 50th Anniversary Promise Scholarship.