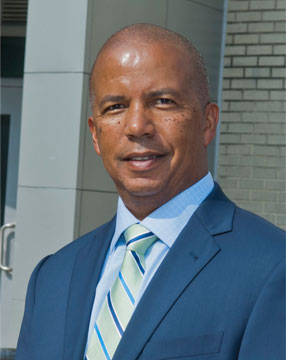 Dr. Generals serves on numerous boards in Philadelphia including the Greater Philadelphia Chamber of Commerce, the Economy League of Greater Philadelphia, Philadelphia Works, Campus Philly, the Urban Affairs Coalition, the Free Library of Philadelphia and Friends Select School. He served on numerous professional organizations, including the New Jersey Academic Affairs Affinity Group (chair); the National Alliance of Community and Technical Colleges (Board member since 2010); the College Board, Middle States Regional Council; and the Paterson Board of Education (commissioner). Dr. Generals writes and speaks on a range of educational issues. His book, Booker T. Washington, The Architect of Progressive Education, was published in 2013.

Dr. Generals earned his Ed.D. in Social and Philosophical Foundations of Education at Rutgers University after earning both his M.A. in Urban Education/Community Service and his B.A. in Political Science at William Paterson College. Additionally, he’s earned certificates in administrative leadership and educational management at Cornell and Harvard Universities.