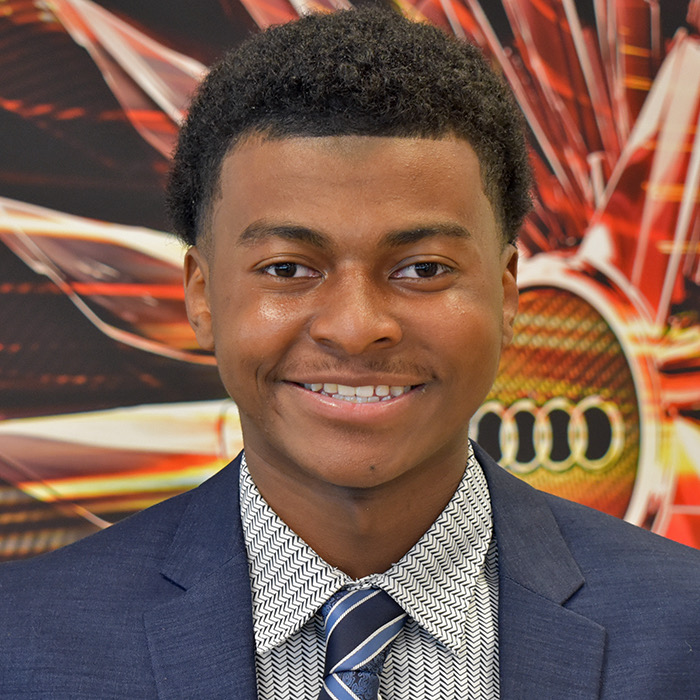 Jaron McNeil, ’21, says attending Community College of Philadelphia was one of the best decisions he’s made.

“CCP was not only affordable, but it gave me a great start,” Jaron says. “I’ve gained some amazing mentors who have provided a lot of support since I arrived at the College.”

He says that in addition to the support from his academic advisors, career counselors and professors, much of his success comes from his mentors at the College’s Center for Male Enagement (CME). Geared towards African-American males, CME provides its members with targeted academic and non-academic supports designed to enhance their skill sets, cultivate a sense of belonging and build resolve as they pursue a degree at the College and beyond.

“CME has always been there any time I’ve needed help,” Jaron says. “From applying for financial aid to workshops on time management, CME has provided much needed support along the way. Derrick Perkins, Patrick Robinson and the rest of the team are practically family.”

Jaron will be graduating this year with an associate degree in business. While he has always known that he one day wants to be an entrepreneur and give back to his community, he could have never imagined that he would become an author at the age of 20.

Titled Alex the Persevering Outcast to Alpha Male, Jaron says his book details his journey from depression and suicidal thoughts to manifesting his own happiness in life.

“Writing my first book was definitely a labor of love,” Jaron says. “In the book, I open up about overcoming bullying, depression and negative self-talk. This was an opportunity for me to be a mentor to the youth just as I was mentored.”

Jaron says that while it was at times a tedious process, he gained a lot of discipline. He says he started off by jotting down his ideas. He eventually was able to turn his notes into a manuscript. From there he saved up money by working two jobs to get his book published on Google and, later, Amazon and Barnes and Noble.

After graduation, Jaron plans to attend Neumann University in the fall to obtain a bachelor’s degree in business administration with a minor in finance. One day, he wants to launch his own accounting firm and later create his own library and recreation center.

“My ultimate goal in life is to be able to keep on giving,” Jaron says. “I want to be able to donate to causes that I care about and to mentor high school and college students to follow their dreams and to never give up. I want to specifically mentor CCP students because it’s where I got started.”

While at Neumann University, Jaron plans to not only stay connected to the mentors and friends he’s gained while at the College, but build upon those relationships.

When asked what advice he would give to anyone who’s thinking about giving up, he says, “If you believe it, you can achieve it and if you keep going you can get it done.”