Free College and the Support You Need to Succeed

Started in Spring 2021, the Octavius Catto Scholarship is an important anti-poverty initiative designed to put more Philadelphians on the path to success at Community College of Philadelphia.

Combining last-dollar funding with special wrap-around support services, the scholarship will address obstacles like tuition and fees as well as burdens that hit many Philadelphians—especially those living in poverty—particularly hard, including costs associated with food, transportation and books.

Catto Scholars will receive both tuition support as well as many academic resources and services, such as:

Who is eligible for the Catto Scholarship?

To become a Catto Scholar, you must be one of the following:

To fully qualify, Catto scholars must:

* Accommodations will be made for undocumented students. Complete the Student Aid Estimator, send a screenshot of the results page to cattoscholarship@ccp.edu for review, and please include your Student ID number (aka J#) in the message.

If you have further questions, please contact us at cattoscholarship@ccp.edu.

The Catto Scholarship Office team will connect with qualifying students applying for admission to CCP after they have completed the admissions process, met the Math and English placement criteria, enrolled in classes full-time, and satisfied all their financial aid requirements. There is no separate application required for the Catto Scholarship! 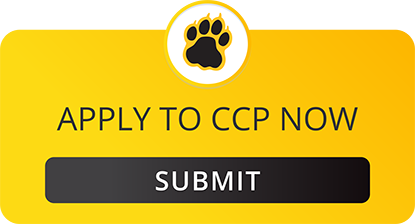 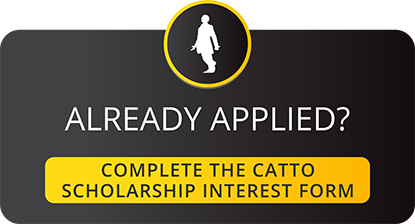 Why is it important for the City to invest in this type of scholarship?

The Octavius Catto Scholarship will make the transformative power of education accessible to Philadelphians.

What will the Catto Scholarship include?

Eligible students are eligible to receive:

Are current and part-time CCP students eligible to be Catto Scholars?

What must all students do to maintain eligibility as Catto Scholars?

Scholars must maintain full-time enrollment - at least 12 credits per semester - every Fall and Spring semester and maintain a 2.00 minimum GPA. Scholars must also complete the FAFSA (or suitable substitute for undocumented students) annually, continue to meet annual credit attainment milestones (20+ credits by the end of year one; 42+ credits by the end of year two) and maintain Philadelphia residency.

What does the Catto Scholarship cost the city?

How many students will receive the Catto Scholarship?

Over the first five years of the scholarship, the city expects nearly 4,500 students to benefit from this initiative.

What challenges do Community College of Philadelphia students overcome to reach graduation?

Community College of Philadelphia students face unique and systemic challenges that may prevent them from reaching their educational goals. Those issues include challenges to their financial security, child care, transportation, housing security and food security.

What demographic of students will benefit from this initiative?

How does this investment in community college relate to the Mayor’s poverty agenda?

Mayor Kenney believes that to break the intergenerational cycle of poverty we must invest and do more to provide quality education for all, from Pre-K to K-12 to College. The data from the Bureau of Labor Statistics is clear that education is a clear predictor of poverty. Nationally, in 2017, the poverty rate for working people with a high school diploma was 6.2 percent, almost twice as high as working people with an associate degree (3.2 percent), and over four times higher than working people with a bachelor’s degree (1.5 percent). This relationship between education and poverty is consistent for Black, Hispanic, and White students alike. As we look to recover from this unprecedented economic plummet, we need to ensure that we are equitably ensuring that all Philadelphians have the educational opportunities to secure quality jobs.

How important is post-secondary education to Philadelphians post COVID-19?

Community College of Philadelphia students are united by an understanding that a postsecondary credential is essential to their future success. A certificate or associate degree can change the course of their lives and have a generational impact on their income. The post-Covid-19 economy is projecting a faster pace of automation and need for workforce upskilling and having a post-secondary credential will be essential for Philadelphians to thrive. Research conducted at Georgetown University indicates that an associate degree holder earns $1.7 million over a lifetime, higher than a high school graduate. The Octavius Catto Scholarship is an economic recovery strategy that ensures more equitable access to postsecondary degree programs, which are critical to lifting families out of poverty. 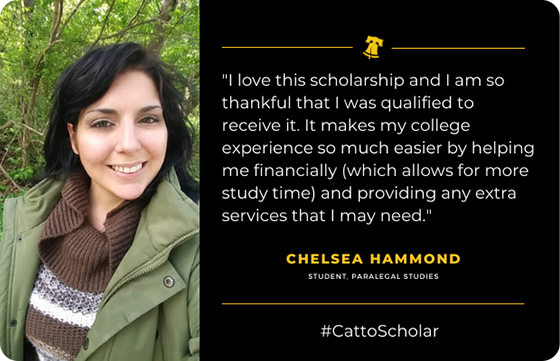 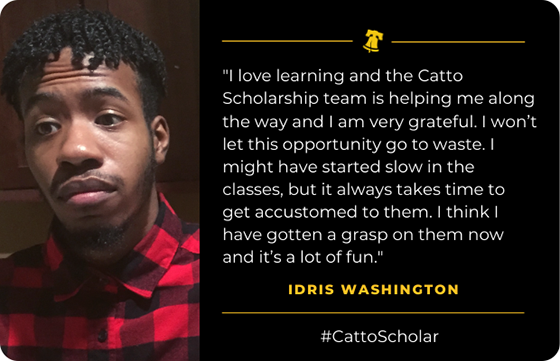 Octavius Catto: Leadership for the Ages

Octavius Catto dedicated his life to equal rights movements, working to have the voices of African Americans heard.

Well-educated and a natural leader, Catto possessed numerous talents, but realized the detrimental barriers racism posed to him and all African-Americans. As a supporter of the Union cause and the Lincoln Administration, Catto raised one of the first volunteer companies in Pennsylvania, under the authority of the Emancipation Proclamation, and served as a soldier.

Aligning with the Republican Party to promote his efforts to achieve equal rights, he was a voting advocate and raised awareness about elections through speeches and working with various organizations. He helped form the National Equal Rights League in 1864 and was elected secretary of the Pennsylvania State Equal Rights League chapter. In addition to becoming a national civil rights leader, Catto was a teacher and school administrator, member of The Franklin Institute and a baseball player. In all forums, Catto championed the cause of equal rights.

Pennsylvania ratified the 15th Amendment in 1870, giving African-American men the right to vote. A large African-American voter turnout in favor of Republicans was expected for the 1871 elections, threatening Democratic control of local posts.

Protests and murder marked the weeks until Election Day on October 10, 1871. Some policemen who were Democratic supporters did nothing to stop the injustice against African-Americans. On Election Day, Catto passed two white men who were part of a group responsible for perpetrating violence and intimidating voters in his African- American neighborhood. One of the men turned and shot Catto, without saying a word, in the crowded street. The killer fled, and at his trial six years later, he was acquitted of the murder.